Warning: count(): Parameter must be an array or an object that implements Countable in /home/mickelch/public_html/stuart/wp-content/plugins/social-autho-bio/social_author_bio.php on line 68
 A Can of Worms | Interesting Organic Chemistry and Natural Products.

Thanks to Chemjobber for pointing me in this direction. It seems that synthetic chemists will turn to anything in order for their reactions to work. Baran recently employed commercially available whiskey and vodka. Now it seems that earthworms can also be waved over the flask. There is one problem, as I see it, you can’t use moles, because the moles will eat the worms. 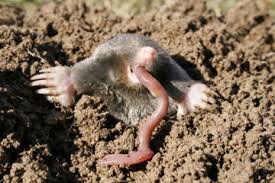 So what do you do? You make some sort of wormy extract and heave it into your other reaction components. This has been recently published in Tetrahedron by Guan etal from the Southeast University of Chongqing.

Based on previous work the authors used earthworms, which, by the way, are described as “a versatile and sustainable bio-catalyst for organic synthesis. and “The crude extract of earthworms was prepared through a simple procedure using Eisenia fetida (common earthworms also known as red worms, red wigglers, and brandling worms) with convenient equipment as described in our previous report. The procedure included rinsing the worms, homogenizing them, centrifuging the homogenate, collecting the aqueous supernatant, concentrating it by dialysis, and drying and grinding the resultant material into a gray powder”.

So what can this magic potion do? Well it catalyses or does something in a so called cascade Mannich Michael reaction: 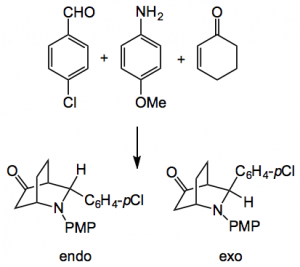 I can just imagine trying to do this under cGMP conditions. How do you qualify such a reagent, diameter of worms, length, age, colour, sex, what analytical parameter would you choose? And the powder, particle size is obvious, but what else water content? Do European worms behave the same as Chinese ones? Presumably a mole will eat any worm, so that test method is out the window.

I suppose the next experiment is to grind them to the left or right to see if any chiral induction can be observed! What about other animal matter utilised in Chinese medicine? Does this catalyse any particular reaction. A host of unanswered questions.

So get digging guys and employ this novel catalyst wherever you can.